You’re dancing under the stars, living your best life, and channelling your most favourite girl groups of the 90’s. Think TLC, Destiny’s Child and Salt n Pepa, then The Merindas with their infectious energy, strut onto the stage with their soaring vocals, engaging persona with double the amount of swagger and sass.

The Merindas are the collective force of Ballardong Whadjuk and Nyoongar woman Kristel Kickett (from Tammin, WA) and Candice Lorrae of Jawoyn and Thursday Island heritage (born in Darwin, NT).

Now based in Melbourne, these soul sisters are trail-blazing with their innovative style of Indigenous music. They describe their unique sound as “electronic pop with a dance-hall feel, alongside hip hop and R&B influences.”

The Merindas formed in 2012, singing Motown hits for the premiere of The Sapphires movie. What was supposed to be a one-off show became a full-time career, having performed more than 400 shows in the last nine years.

They have since gone on to produce their own music and live show garnering rave reviews, playing festivals, live venues, featuring in event curations, supporting international stars Brandy and Craig David respectively, and appearing at major corporate events across Australia.

The Merindas career continues to go from strength to strength having recently secured a worldwide publishing deal with GAGA Music, and live representation with Australia’s largest independent booking agency Select Music. They have also recently showcased at SXSW Virtual Conference and announced as nominees in the Music Victoria Awards (2020/21)

Now, on the back of their debut LP release ‘We Sing Until Sunrise’ in June 2020, The Merindas return with their incredible follow up EP ‘Complicated’.

Delving into a more Disco/Pop feel, The Merindas are showing their true essence with this EP as they continue to find their unique voices and individuality through the lyrics and production of the new tracks. Co-Produced by The Merindas and Simon Moro at Ninety Nine 100 studios, The Merindas new EP features a fusion of electronic and live instruments.

Watch The Merindas in action 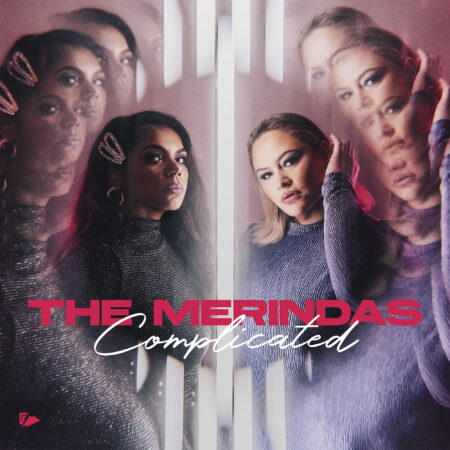