Their songs have been featured on hit Australian television series Gods of Wheat Street (ABC1) & Offspring (Channel 10). They have worked on soundtracks for Carlotta (ABC1) and the feature film based on the indigenous musical Bran Nue Dae. They’ve toured all over Australia, the UK and Taiwan, played The Woodford Folk Festival, The Dreaming Festival, The Adelaide Fringe Festival, Peats Ridge Festival, Festival of the Sun, AWME, Bluesfest in Byron Bay and The Aussie BBQ as part of The Great Escape in the UK and supported Sheppard on their Australian National Spring Tour 2015.

Microwave Jenny have released 4 EPs with the 4th recorded in London. Well known for their national tours and house concerts where they play in fan’s homes they’re musicians who pride themselves on the DIY nature of their career.

Most recently they have been the recipients of an Australian Arts council grant to help them create some new magic to be released in 2020. 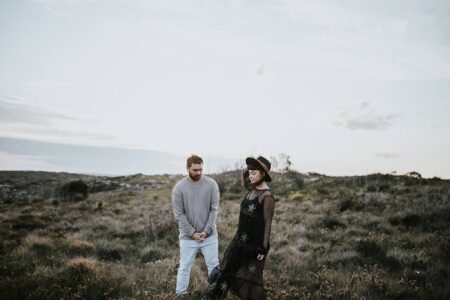